Saluting those that Salute the Reuser

In my time I’ve had the good fortune of being able to travel far and wide. One of the first things I say to overseas friends or out-of-towners who ask me about Melbourne is; ‘coffee culture’. It’s everywhere, and never have I seen a city that loves its coffee as much as Melbourne. This is a good thing, as I myself am a self-confessed coffee addict, I love the stuff. One thing I don’t love however, is the waste it creates. 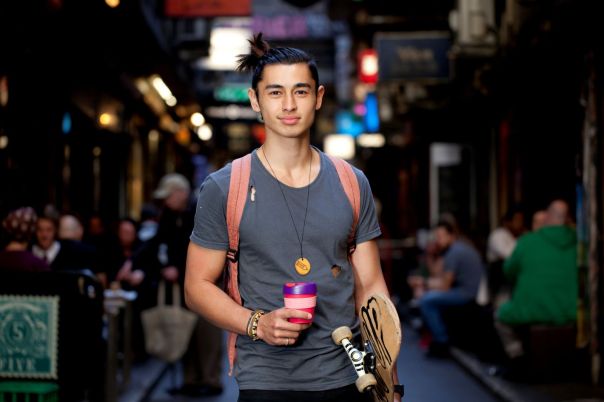 KeepCup has made revolutionary steps in sustainability with their reusable coffee cup. The popularity of the cup (designed by CobaltNiche) has been vast and far-reaching, and is currently being sold in 23 countries. However, founders Jamie and Abigail Forsyth have not forgotten their humble beginnings.

The sibling’s reuse revolution started in 2008 when they introduced reusable speciality coffee cups. To celebrate the 2013 World Barista Championships being held in their hometown, KeepCup is returning to its roots as the event’s sustainability sponsor. In keeping with their goal of creating a better future one coffee cup at a time, they will be washing all reusable cups at the expo and will also donate 10c per cup to Coffee Kids, a charity that supports families in coffee growing areas. According to Abigail Forsyth “It adds to the sense of global shared responsibility for which the speciality coffee industry is well regarded”.

In addition to this, a competition will be held for KeepCuppers to post pictures of their best ‘salute’ using the hash tag #salutetheresuer.

It is refreshing to find a company whose passion goes above and beyond their business. The premise of KeepCup is to create a more sustainable future, and they have succeeded. Since its inception, the Melbourne-based company has sold over three million KeepCups, saving billions of disposable cups from landfill in the process. As if this wasn’t enough of an accomplishment, their sponsorship of MICE and the WBC will keep the momentum of their campaign going and will raise money for a great cause.

I have a lot of respect for KeepCup and their unwavering goal of creating a better future. If all companies, even half or 25% of companies had this level of dedication to sustainability the effects on the environment, poverty and health would be monumental.

The Melbourne International Coffee Expo and the World Barista Championships will be held on the 23rd-26th May at the Melbourne Showgrounds. I’ll be going along to support a great cause and sample some of the world’s best coffee, will you?