The Smithsonian Institute encompasses some of the best known and most reputable museums and galleries in the world.  The Institute was founded by the US government in 1846 “for the increase and diffusion of knowledge” and holds more than 137 million historical items. However, amazing as the Smithsonian is, we’re here to pay homage to its curator of socially responsible design, Cynthia E. Smith.

Smith was educated at the Ohio State University and the prestigious Harvard University Kennedy School of Government and trained as an industrial designer. After a decade of planning and leading design projects for cultural institutions, she integrated her design experience with her passion for human rights and social justice issues.

In 2007 Smith curated ‘Design for the other 90%’, an exhibition about the majority of people in the world who do not have access to design services. Almost one billion people are currently living in slums or squatter residences as families are lured to cities by work, social mobility, and freedom from conflict and natural disasters. However, these crowded living conditions lack sanitation and clean water and are straining local institutions. 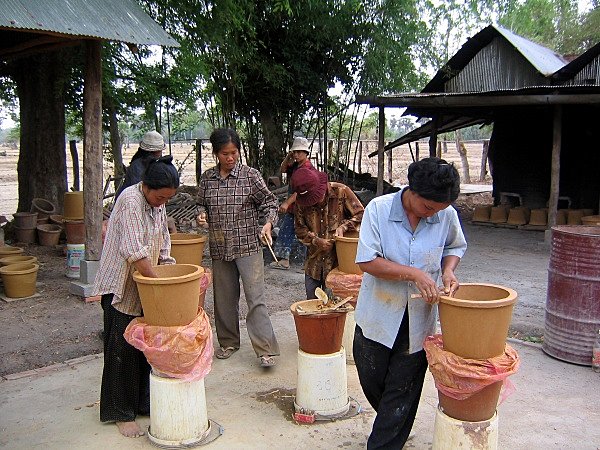 The concept behind the exhibition was to make design accessible and useful to 90% of the world. Smith believed that mainstream design only focuses on 10% of the world’s population but good design could be used to solve the issue of urban space in densely populated areas. The second exhibition in the series ‘Design with the other 90%: Cities’, considered the practicality of implementing socially responsible design by traveling to fifteen countries and talking to the people who live in informal settlements.

By conducting this study of people living in slums in Africa, Asia and South & Central America, Smith discovered that communities favoured hybrid solutions – a hybrid between the infrastructure of a formal city settlement and elements of informal settlements. For example, using materials collected by members of the community were found to be the most successful projects. 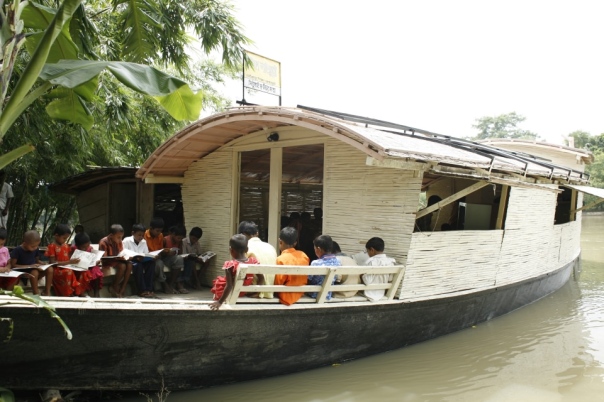 A fascinating example of this in practice is Mohammed Rezwan’s floating community lifeboats. Many families are moving to cities as a result of climate change. In India, monsoon season destroys numerous houses and isolates many children from their school, leading them to stop attending formal education all together. As a result of global warming, the amount of rain is increasing during monsoon season, it is predicted that by 2050 Bangladesh will have lost 17% of its land mass. Rezwan, a young architect who grew up in India, designed modified river boats that house libraries, health clinics, schools and training centres that serve approximately 90,000 families.

The design solutions illustrated above are just some of the many ways that socially responsible design can improve the quality of life for those in inadequate living conditions. Cynthia E. Smith has helped bring the issues of 90% of the world to light and by increasing awareness more people are devising ways to improve everyday life.

How would you use design to alleviate social and human rights issues?

← For a product to succeed, being “green” isn’t enough
Philanthropy in Australia: Are the rich morally obliged to give? →