Is being green always the right path? 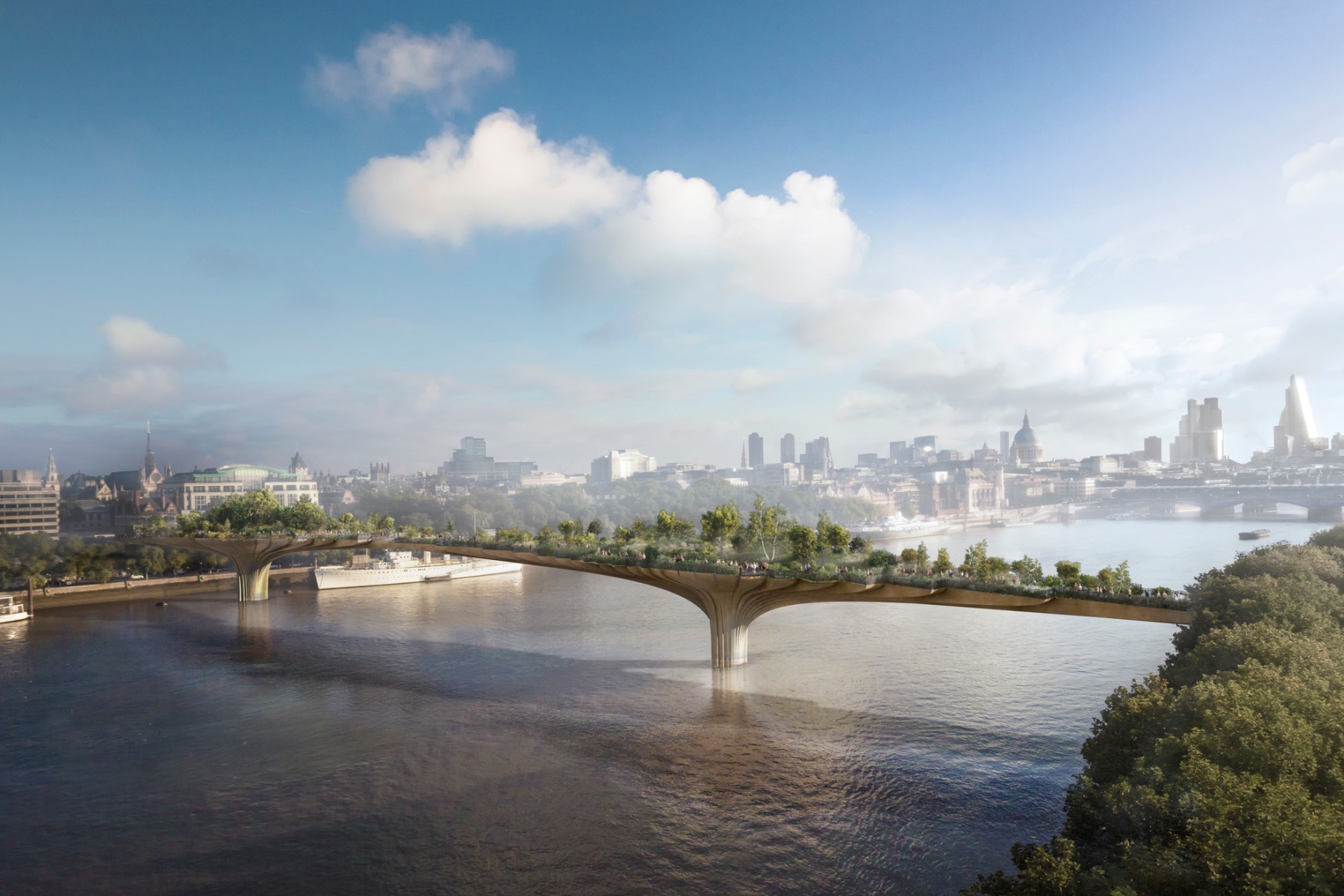 Back at the end of the last millennium, British actor and activist Joanna Lumley dreamed up an idea to create a garden bridge in memory of Princess Diana. That never eventuated and the years passed without the idea becoming much more than just an image in her head. That was until recently, when she partnered with designer Thomas Heatherwick and the idea was finally visualised. And it appears that the dream will now become a reality after the Westminster & Lambeth Council’s approved the plans. But although a beautiful and considered green space, the project has been heavily criticised, largely due to its high cost and a lack of need for it.

END_OF_DOCUMENT_TOKEN_TO_BE_REPLACED

Go to cupboard. Grab a glass. Go to tap. Turn on tap. Fill glass. Turn off tap. Drink water. That’s pretty much how we access clean drinking water. But many around the world walk miles to a water source and even then the water is not safe to drink. UNESCO suggests that 1 in 9 people still lack access to safe drinking water. This number is pretty staggering. It’s not so surprising then that Water is Life has come up with a pretty left of centre concept for helping to reduce this problem – the Drinkable Book. What, a book you can drink? Well not quite. A book that you can use as a filter to ensure safe drinking water.

END_OF_DOCUMENT_TOKEN_TO_BE_REPLACED 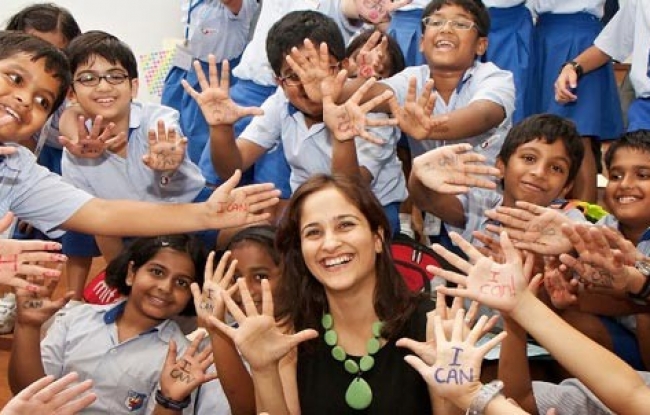 Change is often difficult. It takes time identifying the problem, coming up with a suitable solution and then actually implementing it. As adults we get set in our ways and are often reluctant to modify our behaviours. But what if we taught these skills to children? Well, Kiran Bir Sethi has done just that with her Design for Change programme which is being taught in schools all over the world.

END_OF_DOCUMENT_TOKEN_TO_BE_REPLACED

Is technology getting in the way of good design?

Technology seems to be moving at a crazy pace. It doesn’t seem that long ago that I was cluelessly disconnected but now, hardly a second goes by that I’m not connected to some digital toy. And another sign of this speeding technology train is that 3D printers can now make mud houses. Seem fantastical? Well, not any more.

END_OF_DOCUMENT_TOKEN_TO_BE_REPLACED

Why aren’t product designers as valued as other creatives?

This is the face of one of IKEA’s most experienced designers, Ehlén Johansson. IKEA proudly credits their designers; throughout their business, in store, on the product packaging and even moulded into the products themselves. Their designers help make IKEA the huge success that it continues to be. So why do some companies erase their designers out of the picture?

END_OF_DOCUMENT_TOKEN_TO_BE_REPLACED

Growing Green Guide. Greening the planet one building at a time.

Designing a building to stand out from the crowd is a real challenge. But green roofs and walls may just be the answer. Sometimes called ‘living architecture’ the design of gardens on hard surfaces is taking off across Australia. And developments in vertical gardens and green roofs has certainly made it a more viable option.

END_OF_DOCUMENT_TOKEN_TO_BE_REPLACED

The grubby truth – insects hold the key to our future.

9 billion people by 2050. A significant statistic such as this raises some questions, a fundamental one being, “what will we eat?”  The answer is food, right? Well as you have probably heard before, factors such as population, overfishing, agricultural land scarcity and climate change are not only going to change demand for food, but change the definition of “food” itself.  We’re talking about entomophogy, using insects as a source of food. Unfortunately the word itself has too many syllables to fit into a certain song by Simply Red, but insects are eaten in 80% of nations by choice and not just when money’s to tight to mention. They are often considered a delicacy! So I’ll ask you to put your initial reactions aside for a moment, as we take a look at the rational reasons behind the phenomenon that is taking the world by swarm.

END_OF_DOCUMENT_TOKEN_TO_BE_REPLACED

Posted on September 5, 2014 by Cobalt Design 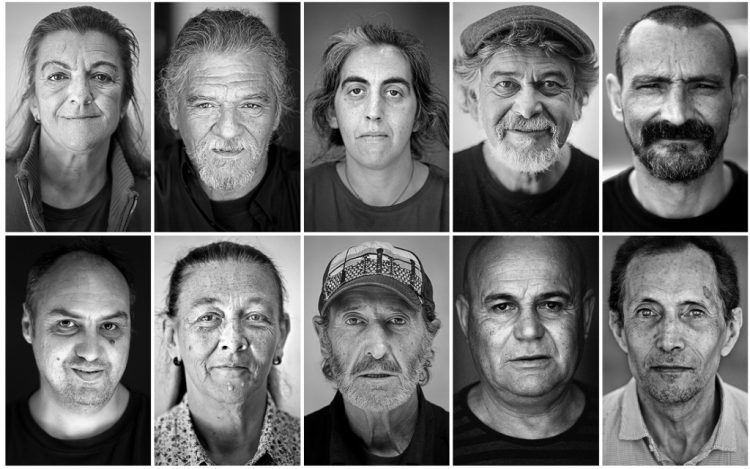 According to Homelessness Australia, the second highest cause of homelessness is financial difficulties. So, it is great to hear of an organisation working with the homeless to help them generate an income. And even better for this blog, that it involves design. The project is Homelessfonts. Put simply, fonts created from the handwriting of homeless people.

END_OF_DOCUMENT_TOKEN_TO_BE_REPLACED

Does empathy lead to a better design?

Design Thinking is a process used by product designers to develop innovative products that are engaging to use, feasible to manufacture, profitable to sell and, perhaps most importantly, beneficial for broader community stakeholders. A crucial stage in the Design Thinking process is the Empathy stage, where designers seek (funnily enough) to empathise with the product’s end user. Done correctly, empathy lays the foundations for break-through idea generation and concept development that meets (often latent) user needs.

END_OF_DOCUMENT_TOKEN_TO_BE_REPLACED

Motorsport in general is seen by most as a gratuitous waste of petrol, rubber, and more money than anyone would care to think about. Therefore, it’s a fair question as to why it’s featuring on a blog about socially responsible design…